How do you become the best? Try to focus more on less

Work hard, and find your recipe for staying focused on what’s really important in your work. People will take notice. They will choose you. 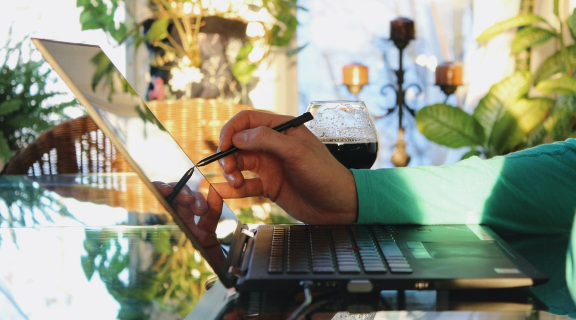 “And those companies can’t–don’t have the discipline to do it, right. They get big, and everyone wants to do everything, and they just say yes. And then they don’t do everything well.” – Sheryl Sandberg, COO Facebook

So many times, especially in a business’ early stage, they will take on far more than they should. It’s difficult for them to get in the “zone” and focus entirely on doing a great job. It’s not that they don’t have the ability or talent to do a great job on what they’re working on. They can’t, because they have no focus, and there is probably a lack of resources. You can sit by and wait for the train wreck, because it’s on its way.

I just happen to know someone who is the perfect example regarding this problem, and he started a business and was a one-stop shop for anything you were looking for in the marketing area. His website stated that he could create fantastic videos, photos of the client’s business for advertising, print design, business cards, radio ads, and so on. In fact, he didn’t have a professional video camera, recording equipment, or even a dedicated printer. He just WANTED to do all of these things.

He looked around and saw all of these amazing companies that were doing all of the things mentioned above, and they were pushing out killer work. He wanted to be them. Looking back, he realizes it was a huge mistake. He spent so much time trying to be another company, that he lost the identity of his own. He spent years trying to keep up with all of these different types of work. Let’s call this person “Joseph”, because that person was me. It could have set me back several years. There were reasons for this.

One was focus. What exactly was it that I wanted to accomplish? After spending several months helping a client portray what their business was to others, I found myself asking what my business was.  I had no answer for that, and it was incredibly discouraging.

During this time I was spending a lot of time managing projects and being the middleman for several contractors that I was working with. I still have a working relationship with these people, but I turned any completed contract work over to them, free and clear.

I had taken one of the biggest steps I had ever taken for my business. I focused it, and it felt amazing. A weight was lifted from my shoulders, and those hours and hours spent researching several different types of work were now spent on web development only. For me this mostly involves web design, online marketing, SEO, logo design, and graphic design.

The immediate result, other than the great feeling of being focused, was not so good. The money that was coming in significantly decreased, however, within several months it proved to be the right decision, as I started receiving an increase in calls about web development, SEO work, and online advertising, while receiving less calls about everything else. My time was being well spent paying attention to one thing, and it was paying off big.  My skill level had risen so much quicker because I was only working in one area.

Another advantage of the change was that I worked faster and could get more done for my client. I wasn’t being pulled off of a web design project to discuss and plan a print design project with a contractor. It was now up to the client to find the right person for that job, or ask me for a referral. I didn’t have to be a one-stop-shop.
‍

Maybe it’s time to take the pizza off your menu, because you are an Irish Pub, and you shouldn’t be selling pizza, Jack.  Slimming down is a good thing.

Take Google for instance. For the last several years, they have worked on so many projects that the quality of these products was suffering, so they began aggressively downsizing projects, ending Google Wave, Knol, Google Gears, Jaiku, Buzz, and many others.

Google stated that “Changing the world takes focus on the future, and honesty about the past. We learned a lot from products like Buzz, and are putting that learning to work every day in our vision for products like Google+. Our users expect great things from us; today’s announcements let us focus even more on giving them something truly awesome.”

By the way, I’ve made my fair share of Google+ jokes, but I really think the social network will find its identity in some way. What that identity is may not be immediately clear, and only time will tell. The point is, they killed many of their projects to save the ones that were most important to them. That takes guts and resolve. **Update August 6th, 2012** I created three new Google+ pages for several different businesses, and in a week every one was ranked higher in Google’s search. The worst result was a 4 spot jump in ranking. That makes Google+ my new prized tool. **‍

Maybe it’s time to cut some fat, slim things up a bit, and begin to focus on your business. Perhaps you are stressing out because you are back and forth on projects, getting pulled from what you are concentrating on at the present time to focus on something else. Maybe you’re running a restaurant, and it’s time to tell the owner that you don’t need 87 flavors of special sauce. Maybe you just need two special sauces that are worth talking about, but make no mistake, they better be the two most delicious sauces in town. Guess what? You can make that happen, because you have so much less to focus on, and now your product will be exponentially better.
‍

Slimming down does not equal less hard work and hustle.

Becoming more focused doesn’t mean you can throw in the towel on promoting your business, because you will have to find creative ways to get your stuff out there, whatever that stuff may be.

For example, I’ve starting writing my thoughts on business, the web, and everything that comes with it. You could easily say, “Hey Joe, you’re adding something else to your list by committing to writing a post every week or so.” This would be a partially true statement, but the real truth of the matter is that I’m putting my thoughts out there to promote myself. By writing about the business I work in, I’m branding myself, and that is important to my focused mission. The more you learn about me, the more apparent it is that I’m confident, prepared, hard working, and knowledgeable about the area that I work in, thus giving you the confidence to hire me yourself or recommend my work to others. *‍

I guess what I’m trying to say is that you don’t necessarily lessen your work load by focusing, but it certainly allows you the opportunity to work better and differently.

Take an hour today to reflect on what it is you do. You don’t have to be the owner of the business to do this. Is there anything you can cut out of your daily routine that could make your work better? Do you know EXACTLY what it is you do? If you can’t answer the question, “What is it that I do,” it’s time to trim some fat, so sharpen up that knife my friends, and start slicing away.
‍

Work hard, and find your recipe for staying focused on what’s really important in your work. People will take notice. They will choose you.

Read our latest news & insights and learn how you can accelerate your professional growth. 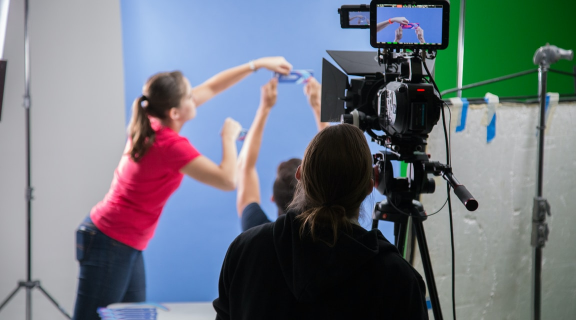 Finding An Agency You Can Trust

We all know that there are a lot of digital marketing companies out there, and it can be really hard to find the right one.

Ready to build experiences your audience will love?

The convergence of World Lines

I've missed more than 9000 shots in my career. I've lost almost 300 games. 26 times I've been trusted to take the game winning shot and missed. I've failed over and over and over again in my life. And that is why I succeed. –Michael Jordan